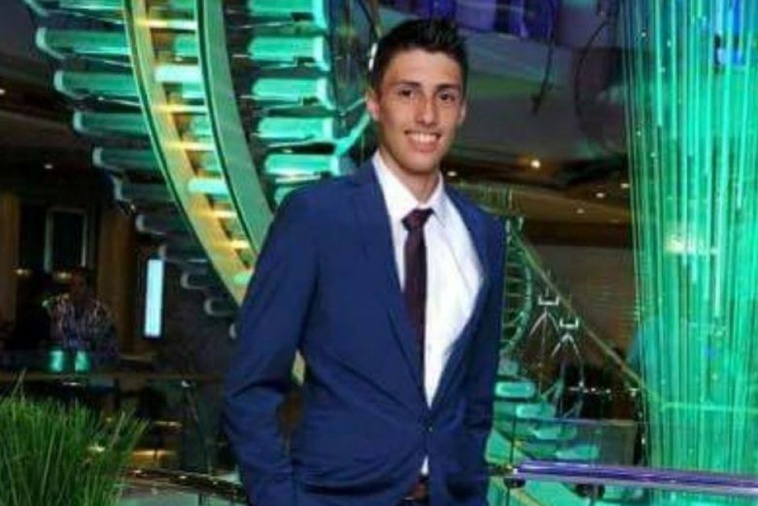 At Australian Scaffolds, we were deeply saddened to learn that tragedy struck a Sydney construction site in Macquarie Park on Monday 1st April 2019 when a scaffolding collapse killed 18-year-old construction worker Christopher Cassaniti. By all accounts, a gentle, kind, and hardworking young man, Cassaniti’s death has rattled his family, community, and the entire construction industry,  leading to calls for the government to “step in and take immediate action and implement stringent measures regarding safety on construction sites” from the young man’s family.

The 15-metre scaffolding collapse trapped Cassaniti, who had just turned 18 several days earlier, and a co-worker beneath the debris. Initially, paramedics and police officers couldn’t access the men for fear of causing further damage and putting more lives in danger. Leaving the trapped workers in terrible pain and frustrating other workers who wanted to assist in the recovery efforts. Eventually, Cassaniti’s co-worker was freed from the wreckage and taken to Royal North Shore Hospital. Where at the time of reporting he is in stable condition. Unfortunately, it was already too late for Cassaniti, whose injuries were fatal.

Cassaniti’s family says that “Crucial safety checks and procedures need to be front and centre of every construction site”, and they’re not alone in that sentiment. SafeWork NSW has instituted multiple safety blitzes in hopes of encouraging such procedures. In fact, Cassanti’s passing comes on the heels of a year-long SafeWork NSW crackdown on non-compliance. During which time the watchdog visited over 1,000 construction sites and issued over $265,000 worth of fines. With more than 100 of the citations being issued for scaffolding-related offences. To some, these numerous infractions were warning signs for the eventual collapse in Sydney.

Now, SafeWork NSW and police are left to investigate the collapse. A spokesperson for the group said, “All factors that may have contributed to scaffold safety on site will be considered. Including and not limited to; environmental factors, design, construction and erection of the scaffold and its maintenance and loads that the structure may have supported”. Cassanti’s family expressed concerns that his death would be forgotten without progress being made. Saying, “While nothing can bring our son back, we don’t want his death to be just another statistic”. They’re looking for real, quantifiable action in the wake of his untimely death.

The family’s plea has been echoed by Labor Unions calling for industrial manslaughter laws. Similar to the ones in effect in ACT and Queensland. If adopted, a law like this would mean employers could face prison time or hefty fines. Over workplace deaths deemed to have been caused by ‘a gross deviation from a reasonable standard of care”. This is the sort of stringent measure that Cassaniti’s family hopes are taken in the wake of his passing.

A new compliance program, Operation Scaff Safe, commenced on Monday and will send SafeWork NSW Inspectors to Sydney Scaffolding sites to help ensure that businesses understand the safety requirements.  According to SafeWork NSW, there are many steps companies can take to ensure that scaffolding remains safe, even after being reconfigured near the end of building construction:

Proper education and continuous job site care are critical in making the construction industry a safer environment for its workers.

Australian Scaffolds want to extend our deepest condolences to all those who knew Cassaniti in his too-short life, and who undoubtedly were touched by his presence in their lives. Our hope is that young workers like Christopher Cassaniti and their families will one day be able to rest in the assurance that their lives aren’t in danger while merely trying to earn a living. Because of this, we make every effort never to forget the tragedy that has occurred. We will ensure that our scaffolders are reminded of Christophers Cassanti’s life every day, by placing a photo of Christopher in our workplace.

To Buy Or Rent Scaffolding?

What You Need To Consider So, you’re beginning a new construction or renovation project, and you’re trying to determine whether ...

Mobile Scaffold Safe Work GENERAL GUIDELINES FOR DISMANTLING & ASSEMBLING OF A MOBILE SCAFFOLD Under the national certification requirements in ...

Canberra Construction Industry Brings New Jobs Out with the old, in with the new. A city that continually progresses and ...

Section Modulus and what does it mean to a scaffolding company? Section modulus is a geometric property for a given ...

Have you started a job only to find that you do not get any feedback from your employer for 6 ...

Magic – How to drill

Magic - How to drill ten holes in 10mm plate in under 60 seconds! In terms of time, the difference ...

Australian Manufacturing - If you don't make it, grow it or dig it up all that's left is selling coffee ...